The IMPAQT IMS DSS covers the core business and operational needs of an IMTA farm, in the form of Decision Trees, addressing the following business cases:

In this scenario, input data is collected by sensors or satellites (e.g. DO, Chl-a) and imported into the IMS. Additionally, operator reports and data collected from the IMS interface are recorded importing operational data (e.g. phytoplankton, jellyfish, parasite presence) to be also considered. Automatically calculated inputs are also taken into account, such as automatic observations from the disease diagnosis and behaviour analysis algorithms or formulas that are used for calculating parameters like the Stock Welfare Index (SWI). This data is exploited by the corresponding decision tree to notify the operator about the fish health and the prevention and mitigation actions proposed by site-specific protocols.

In this scenario, input data is collected by sensors or satellites (e.g. oxygen, ammonia, turbidity) and imported into the IMS. Additionally, operator reports and data collected from the IMS interface are recorded importing operational data (e.g., mortalities, feeding, infrastructure status, stress factors) to be considered as well. Automatically calculated inputs are also taken into account like automatic observations from the disease diagnosis and behaviour analysis algorithms or formulas that are used for calculating parameters like the FCR, biomass estimations, etc. This data is exploited by the corresponding decision tree to calculate the Stock Welfare Index (SWI).

Fish diseases are one of the factors that are always a concern for aquaculture producers. Outbreaks are to be avoided where possible, or when suitable, efficient treatment should be applied as rapidly as possible. The use of computer vision techniques can be helpful in improving diagnosis and treatment in the coming years.

The main target studied in this component is the identification of marks or scars in the fish body that may indicate a problem. This identification can give us a prediction in terms of possible disease. For this purpose, the IMS algorithms are analysed in 3 stages:

Fish disease diagnosis is the final component. The disease diagnosis algorithm is based on a Neural Network that uses as input an image, the result of the background reduction procedure. Provided that the input of the model is an image, the prediction is based on scars, marks, and any distortion in the fish body. The output of the algorithm is a prediction that represents the probability of infection in the fish, which can serve as an indication of a disease or problem, and alerts the producer to enable prevention. The algorithm’s output is also fused with input data from sensors or satellites (e.g. DO, Chl-a) and operator reports and data (e.g. phytoplankton, jellyfish, parasite presence), as discussed in the Disease Prevention & Mitigation business case before. This work is also extended to other species, like seaweed and shellfish.

Behaviour represents a reaction to the environment and is a key element in fish welfare. Fish, and particularly farmed fish populations, are sensitive to stress factors that severely affect their health. Such stress factors can be stocking density, lack of feed, an attack by a predator, a recent storm, strong winds or currents.

Current advances in technologies, such as computer vision and predictive analytics, are used for improving the monitoring of fish welfare and the assessing of possible risk factors. Remote monitoring of fish populations using camera systems removes the additional stress factor of human presence in the environment and enables the constant and safe observation of fish.

The most important behavioural traits that affect fish welfare and are included in WINGS developments are: 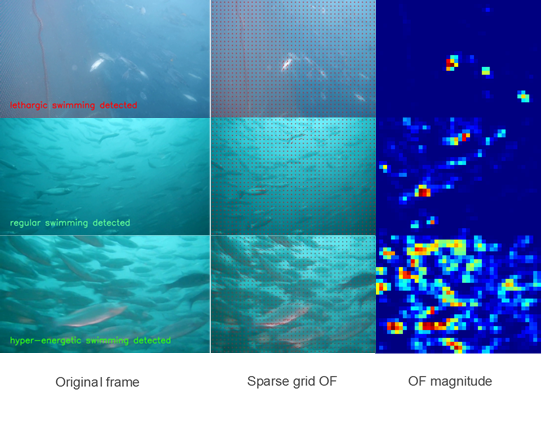 This work is also extended to other species, like seaweed and shellfish.

Figure 4: Entropies corresponding to the videos of swimming fish indicating whether fish are gathered or scattered (left) and their emergent behaviour (right) – (developed by WINGS for IMPAQT IMS) 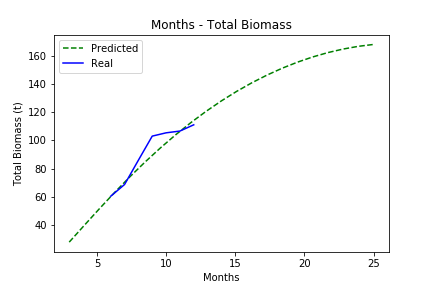 A fish detection algorithm is first implemented. After that, we calculate the fish length and then evaluate fish weight using fish length and length-weight functions. In addition, a biomass forecasting algorithm is developed to support fish harvesting in the appropriate time, saving money from extra feed, but also to check if the species growth is as anticipated. This work is also extended to other species, like seaweed and shellfish. 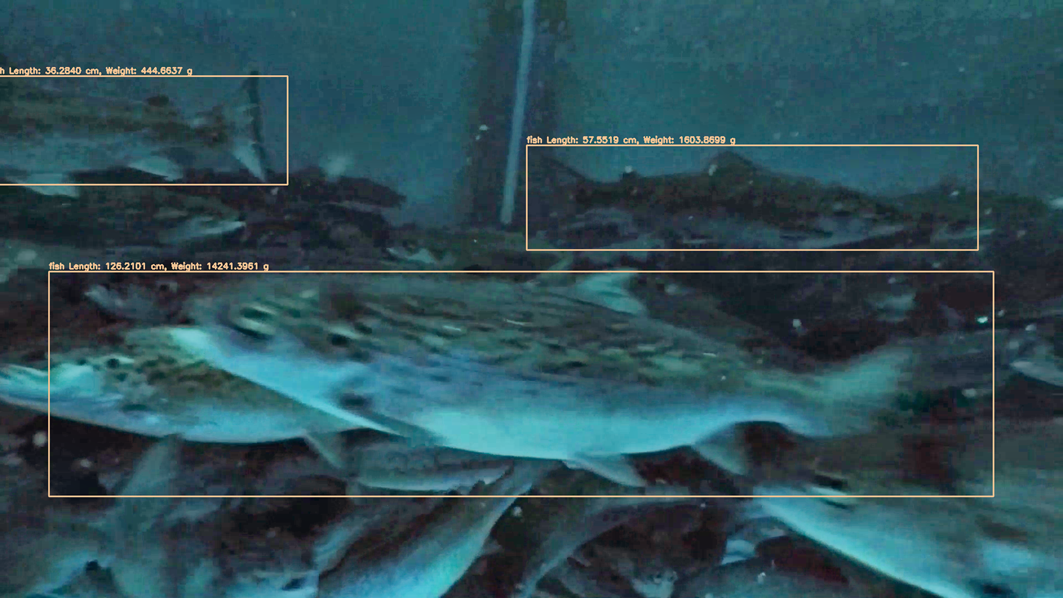 Each piece of information relevant to the stock welfare that is currently collected by the IMS is assigned to one of these categories and given a weight according to its importance. In this way, the IMPAQT Stock Welfare Index (SWI) is calculated as an overall indicator of the site’s status. In addition to the index calculation, a series of messages are also coming as an output from the algorithm, showcasing the overall status of the site. The inputs shown below are considered for these calculations.